What do you think of when you hear the term ‘cloud technology’? For many, at least the non-technologists amongst us, it might conjure up images of storing data somewhere outside of your – or your company’s – computers. The cloud may also be associated with being lower cost; perhaps even more agile.  The good news is you’d be right. In simplified terms, the public cloud is the use of a network of remote servers hosted on the Internet to store, manage, and process data, rather than a local server or a personal computer.

The problem I have with this definition however is that it really only scrapes the surface of what cloud technology is about. It doesn’t explain why cloud technology is becoming so dominant and why fintech companies, blockchain excepted, are virtually all cloud based. In the post below, I’ll try to bridge the gap between definition and reality.

When trying to draw a distinction between the reality of cloud solutions from the, somewhat banal, definition of cloud technology, I rely on, what I call, ‘The Three C’s: Culture, Code and Competition.’

Culturally, fintech companies are easy to define.  They are the young upstarts of the financial software world. They seek to disrupt old technology in the same way as trains disrupted the stage coach companies in the US 200 years ago.  They are bold, forward looking and exceptionally self-assured institutions where the average age of the employees is but a small fraction of their more established peers. (Anecdotally, our head of engineering pointed out to me recently that I’m ‘older than his dad’…not a great start to my week!). Some of these companies will succeed outrageously. Others will fail.  All will move heaven and earth to achieve their goals.

Code is a more unseen concept, but largely, it represents the inherent advantage that fintech companies have over legacy software systems. Code can be further broken down into coding language and structure.

Each year new languages emerge. They are designed specifically to be able to exploit the latest developments in computer science. Many locally installed or ‘enterprise’ solutions still available today are written in languages developed in the 60s and 70s. Graduates of today’s computer science or engineering programs aren’t learning these old languages and consider them no longer fit to achieve the complex technological demands of today.

The importance of the code as a differentiator, however, goes beyond the language in which it’s written.The structure, or architecture, of code has changed also.  Circa 2011-2012, software developers began using the term ‘micro service’ to define a specific structure to their code. This new approach was a means of breaking large code bases into smaller, independent, and loosely coupled components; where each component is responsible for a highly defined and discrete task.  This is in contrast to older technology that relies on a single body of code (a ‘monolith’) that controls everything. 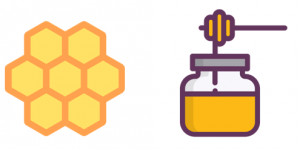 Microservices architecture allows users to easily scale their work (and cost) up or down with activity, trust a far more versatile and reliable system, and see improvements through a vastly accelerated speed of development.That’s why today the microservices approach is firmly established as the underlying architecture for public cloud solutions.

Today especially, I believe it’s nearly impossible to overstate the importance of the code as a means to deliver unique benefits to the users. We work in a fast-moving environment where markets and regulators are changing the rules of the game weekly.  Platforms which were once fit for purpose are no longer able to keep up with the pace of change.  This leads to the dissatisfaction inherent to so many users of older technology. Modern fintech solutions are uniquely placed to avoid these pitfalls and provide a better and lower cost solution for the market.

This takes us neatly to my final ‘C’, Competition. Sometimes my CEO and I think about what we would do if we ran an enterprise software company instead of a cloud-based fintech firm in this space. Most of the companies have been around for decades and therefore see revenues far greater than ours does at this point. But we always conclude that there is no other place to be than CloudMargin. The reason is simple.

To be ready for the future, you must be in the cloud. However, the monolithic task of turning an older enterprise solution into an agile, fintech solution with a clear future, quite simply might be more easily achieved by throwing away the old code and business model and starting again.

Generally, investors and shareholders react negatively to that sort of destruction of value! A common compromise is the ‘polish the turd’ approach, meaning take your geriatric code base and give it a smart new UI. However, similar to dropping a mini engine into a Ferrari, this fools only a few.

Being ‘in the cloud’ represents the starting point of a raft of advantages with which older technologies simply cannot compete.

That’s why it’s so exciting to be at CloudMargin, a fintech firm that was born in the cloud, and is built with an eye on the future while rapidly adapting to what is thrown the way of our clients today.

And as always, we will continue to integrate new features seamlessly whilst avoiding lengthy and costly upgrade cycles.  We will continue to provide solutions that don’t incur the costs of locally installed hardware or the recruitment of systems administrators.  Solutions which scale automatically and even, in our case at least, ‘self-heal’ when problems are encountered. All thanks to the cloud.

Great for your Business, Great for our Planet

See your Data, Know your Business