CloudMargin’s Industry Insight Series has been specifically created to shine a light on critical areas and themes within the financial services industry. Once a month, we will showcase expertise and viewpoints from industry figures who will highlight and discuss important areas in the market. The series has been designed to educate, inform and help you better understand complex issues within an ever-changing financial landscape. 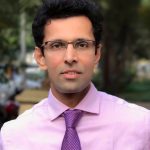 Krishnan Ranganathan is a Chartered Accountant from India with more than 15 years of experience in the Banking and Financial Services industry. He is also a General Management graduate of the Harvard Business School having worked as a Consultant in London and Tokyo for investment banks like BofA-Merrill Lynch, RBS and Goldman Sachs to name a few. He has worked on multiple regulatory projects, most significantly in MiFID-I, Basel-III and Dodd Frank. In his current role, he is the Head of Risk Finance Change in Nomura India responsible for the successful delivery of the multi-million dollar BCBS-239 program on Risk Data Aggregation and Reporting in addition to execution of other Risk/Finance Regulatory and BAU projects; Strategic Regulatory and Liquidity Programs; and FRTB. Immediately prior to this, he was the EMIR Program Director, responsible for firm-wide EMIR implementation with specialization across Clearing; Margin and Collateral; Confirmations; Portfolio Reconciliation and Dispute Resolution; Trade Reporting and Client Assets Segregation. He is also an active member of the Mumbai Chapter of Harvard Business School alumni association. He is a regular speaker at various industry forums globally on capital markets-related and regulatory topics.

Bilateral Margin- The Glorious World of Challenges and Uncertainties

The OTC derivatives industry is on the brink of a once-in-a-lifetime shift in competitive dynamics, all thanks to the new non-cleared (bilateral) margin rules being implemented on March 1st 2017. With the first part of the regulation having gone live on September 1st, 2016, the second wave is just round the corner and all set to attack with the vengeance of an impending tsunami.

One estimate predicts that around 200,000 documents have to be replaced between now and March 1, 2017.  Large banks have thousands of CSAs to repaper in barely two months. Dealers do not have enough resources, with some predicting that it will take a mind-boggling 1,000+ lawyers at an individual firm to be able to complete the legal negotiations. Clearly, we have not witnessed a change of this magnitude in such a (limited) time frame in the history of contract law or even human memory. No wonder some call it a “slow motion train crash” waiting to happen!

The dust has not yet settled after the Sep 1 2016 mayhem (when most major banks had to exchange IM) – characterized by the inability of custodians to process the high volume of new account opening requests and subsequent reliance by interdealer brokers on paper ‘restricted lists’ . Make no mistake, March 1 is a different beast altogether. Many are anticipating similar problems magnified across thousands of derivatives users – with asset managers, insurance firms, pension funds and non-financial counterparties exceeding the clearing threshold (a.k.a. NFC+s) required to post VM on their non-cleared trades.

The new regime limits the types of collateral that can be posted and specifies haircuts; sets a minimum transfer amount (MTA) of USD 500K for combined IM and VM amounts; sets the timing of margin obligations; and stipulates how margin should be netted and calculated. All of these require the replacement or amendment of existing documents, but most clients are reluctant to simply accept the standardized CSAs dealers provide. Clients are adamant, sticking to their ground – preferring their updated CSAs to be as close to their original agreements as possible. If the impasse drags on for too long due to the scale and complexity, thousands of clients will be left in the lurch when their names appear on the ‘do-not-trade list’ come March 1st.

The consequent task of renegotiating CSAs is so daunting that many dealers are now left with no choice but to focus mainly on the top 10% of their counterparties by volume.

Buy-side firms also face operational challenges in meeting the timeline for margin posting, especially as most firms traditionally post on T+2. Smaller financial firms lack the resources to fulfil a T+1 settlement cycle. This is particularly problematic for Asian entities that are unable to settle collateral owed to US institutions on the next-day due to time-zone differences.

Another bone of contention in the negotiation process is the tussle over which forms of collateral will be accepted. The rules allow financial end-users to post certain types of cash, sovereign securities, covered bonds, corporate bonds, gold, equities and certain types of securitizations – all subject to haircuts. Banks, however, have long been pushing end-users to post cash only (leads to little basis risk between non-cleared trades and their cleared hedges), as bonds do not net off against exposures. (NB: This may differ based on a banks geographical location). This adversely impacts the banks’ leverage ratio and the NSFR numbers in addition to valuation issues- which are a clear enough reason for a dealer pushing his client to relinquish his rights to post multiple cash currencies as margin, and instead choose one single currency..

The March deadline will pose a “massive challenge”, according to Christopher Giancarlo, the CFTC Commissioner and only time will tell how well prepared the industry is this time around to manage the fast-approaching tsunami.

Disclaimer: The information provided in the article are views of the author and do not express in any manner whatsoever, the views of Nomura. Under no circumstances shall Nomura have any liability whatsoever for any information contained in the article or any reliance upon or otherwise resulting from or in connection with or relating to the use of (including the inability to use or the misinterpretation of) the article. No responsibility is accepted by Nomura as to the accuracy or validity of the information in the article. The expression “Nomura” refers to Nomura Services India Private Limited together with its affiliates.